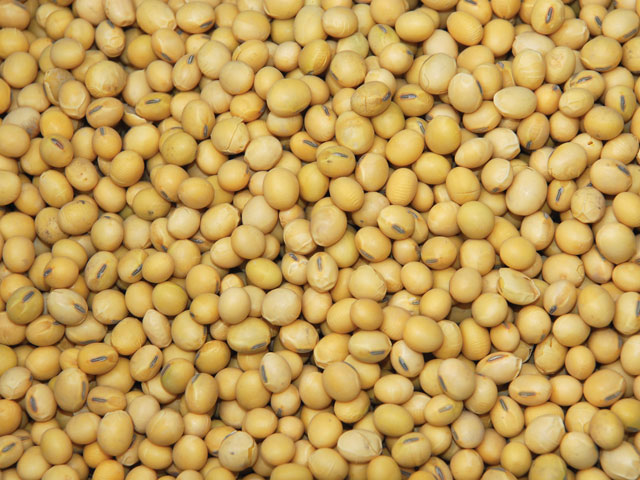 The November soybean chart shows the price discovery process that determines the value of soybeans based on known and unknown fundamentals, market psychology and the underlying macro facts including tariffs and trade. The value at the end of the day represents who won. Here are the major issues that have affected the soybean market this year. 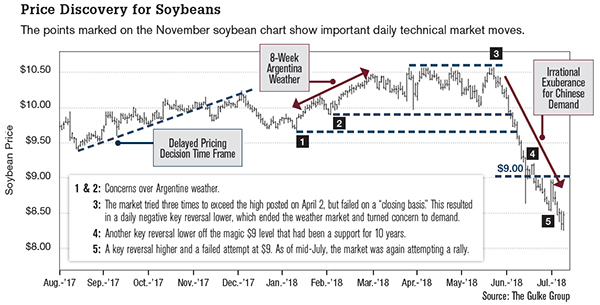 A paradigm shift in outlook and price discovery is evolving. Agriculture Secretary Sonny Perdue stated he will wait until after Labor Day to decide on the details of support for agriculture. If yield is increased further, he can blame Mother Nature.

Who is to blame—tariffs or Mother Nature? It is to Perdue’s advantage to buy time, and he got it. I don’t think we need to get our hopes up of a massive check.

It is said a dead-cat can bounce if your drop it from a high enough level. After dropping over $2 per bushel, hope of a rally of a dollar is conventional thinking. In the three phases of greed, hope and fear, I suspect the trade is at hope. It will probably take fear before a political action results. However, if ending stocks exceed 700 million bushels, it might be too little too late.

The Latest From Jerry: Find Jerry Gulke’s current market insights online. On Tuesdays he provides in-depth written commentary on the “Rest of the Story” with accompanying charts, and on Fridays he shares audio commentary. Visit AgWeb.com/gulke

Jerry Gulke farms in Illinois and North Dakota and is president of Gulke Group Inc., a market advisory firm. To contact him, call (707) 365-0601. Disclaimer: There is substantial risk of loss in trading futures or options, and each investor and trader must consider whether this is a suitable investment. There is no guarantee that the advice we give will result in profitable trades.