Russia's Blizzard Is a Blessing for Wheat Fields 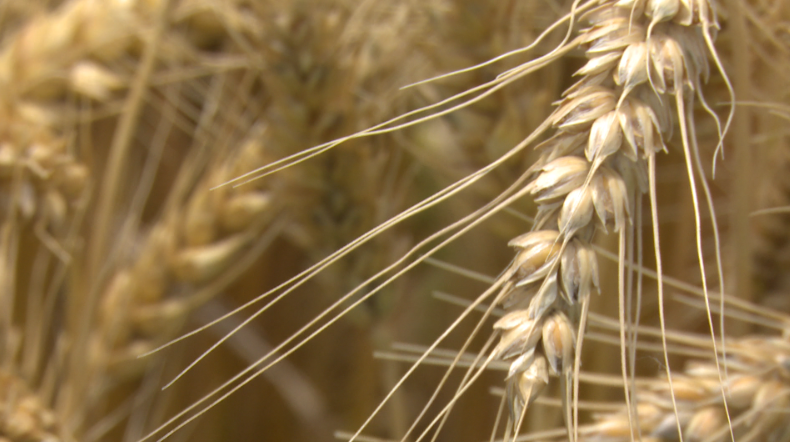 (Bloomberg) -- A record-breaking snow storm will benefit wheat crops across central Russia, reinforcing the outlook for another big harvest.

The storm hit Moscow over the weekend, dumping up to 55 centimeters (22 inches) in some parts of the city, according to the state meteorological office. In areas of central Russia, where there are more wheat fields, precipitation was lighter, with about 31 centimeters falling in Bryansk.

“This is a free boost for yields, an additional advantage,” said Roman Ratnikov, head agronomist at EkoNiva-APK Holding, which runs farms in central Russia. “This snowfall has increased the snow cover and will let us have much bigger prospects for soil moisture reserves in spring.”

A heavy blanket of snow is beneficial for wheat crops because it protects the developing plant from the harsh cold of winter, when the plants go dormant. When growth restarts in spring, the melting snow is also a good source of water. Still there’s a lot of time for growing conditions to change by the summer, when the wheat is harvested.

So much snow fell in Moscow that Mayor Sergei Sobyanin referred to it as “the snowfall of the century." Russia’s Central Federal District, where much of the snowfall took place, produces about 22 percent of the country’s wheat, government data show.

Expectations for Russian wheat are already high. The weather has been warm and wet in autumn and a moderate winter also helped growing conditions. The country may reap between 73 million and 82 million metric tons of wheat next season, according to a pre-snowstorm estimate from the Institute for Agricultural Market Studies, known as IKAR. While that total is down slightly from the last harvest, it would still be a major crop.

In the past two weeks, central Russia has received twice the normal amount of precipitation, according to World Ag Weather.

One risk is that fluctuating temperatures may have caused snow to melt, which could then freeze into ice and suffocate plants.

“This is causing concern,” said Sergey Skipa, who farms 1,100 hectares (2,700 acres) in the central Russian region of Voronezh. “I’m preparing equipment so, if need be, I could go across the fields and crush the coating.”