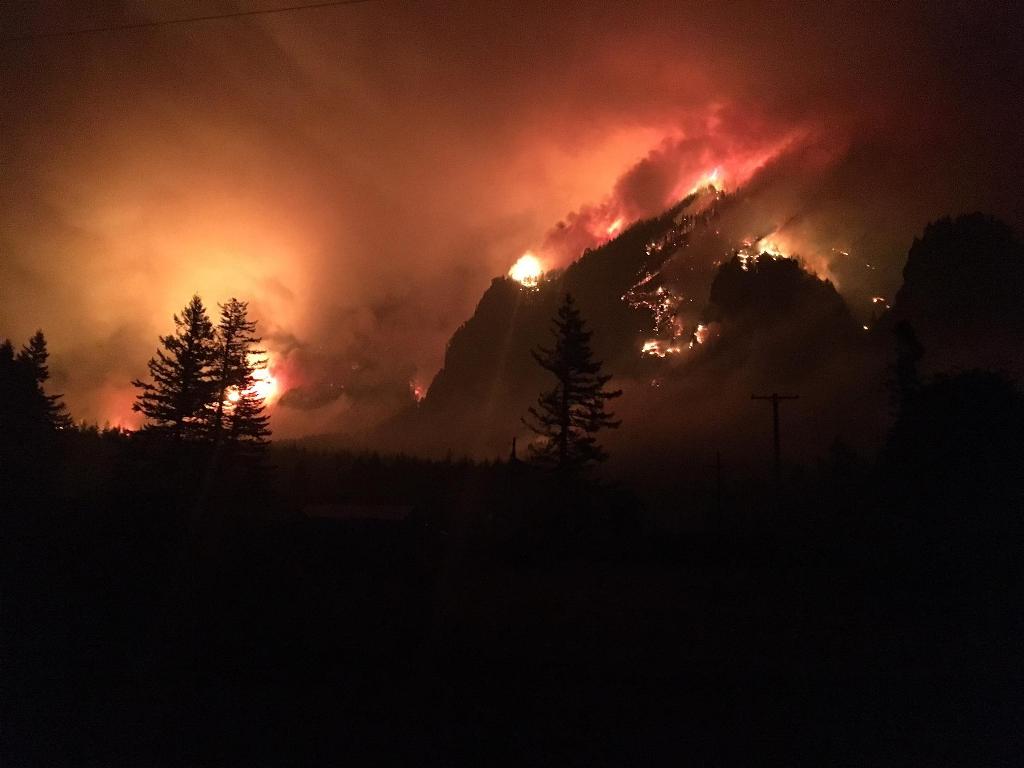 The Eagle Creek Fire in Oregon has caused the shutdown of Interstate 84 for a stretch of more than 80 miles.
( National Interagency Fire Center )

Wildfires have burned wide swaths of the western U.S. the past week forcing evacuations of communities, cattle to move pastures and highway closures.

For those active fires reported on since Aug. 28 it amounts to 1,464,548 acres actively burnt or burning.

Earlier in the summer there were large wildfires that went across Montana, like the Lodgepole Complex which at its last reporting burned 270,723 acres in the eastern portion of the state.

Another series of wildfires popped up around Labor Day weekend in eastern Montana where many cattle ranches are located. The Sartin Draw Fire has burned nearly 100,000 acres after igniting on Aug. 30, and thanks to work of fire fighters it is at 95% containment in just six days.

Two fires near Sheridan, Wyo. have merged along the Wyoming and Montana state borders burning more than 90,000 acres. The fire is being called the Battle Complex and was formed by the 73,285-acre Brush Flat fire and the 17,160-acre Tidwell fire. None of those fires is mentioned on National Interagency Fire Center website, but the organizations map show the burn area split almost evenly between Montana and Wyoming.

The Battle Complex fires went across land the Padlock Ranch Co. grazes. According to the ranch’s Facebook page no livestock, people or homes were lost to the fire.

Interstate 84 closed in Oregon after the Eagle Creek Fire began to spread. The highway is closed to traffic for more than 80 miles from Troutdale to The Dalles, Ore. The Eagle Creek Fire has burned 10,000 acres and it is expected to be contained by Sept. 30.

The La Tuna fire made national headlines over the weekend after it burned 7,000 acres near Los Angeles, Calif. The fire forced 700 people to evacuate suburbs like Glendale and Burbank. It is reported to be the largest wildfire in Los Angeles County’s history.